There are two words which you should never use if you want other sane, busy people to join your activity. They are the two words I keep trying to remove from the weekly church newsletter I edit, The Flame.  Yet, they are part of almost every article submitted for that organization and for other non-profits and businesses. 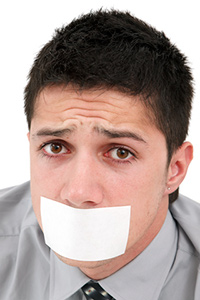 Face it, no one wants to go some place, sit in a chair, and “meet”.  Meetings conjure up the image of school classrooms where you sit and squirm until you’re released to do something more fun.

Except “meetings” are worse than going to class because it’s not just the qualified teacher who is going to lecture you. Meetings carry with them the likelihood that some other member of the audience is going to let loose and share some tangential tidbit from their store of personal biases. Meetings you’ve gone to have lasted twice as long because someone is always going off under the guise of asking a clarifying question or, worse, tagging in with a long story that’s supposed to validate the presenter’s point. Right?

There are a lot of fine, more action-sounding terms to use instead of meeting.  These phrases may even better describe what you’re doing. For extra credit, see if you can use a verb instead of a noun when you invite people to join you. Ask them to  Rally, March, Gather, Plan, Plot, and Talk!

You can have discussions, seminars, and votes if you need to name the activity with a noun rather than to do it.  Just don’t do a “meeting”.

No one wants to join a committee.  No one.

Why?  Because all that committees do … wait for it… is have meetings. We already know that no one wants to go to a meeting, and sane folk certainly don’t want to belong to a group whose purpose is to hold them.

Committees are even set up by governments to kill interest in a public issue by holding meetings.

(Oddly, when you find yourself inexplicably trapped on a committee, your first reaction is to recruit other bright and energetic people just like you to join the committee.  It’s a tough sell, because the other intelligent people feel just like you about committees.  They run when they see you coming with your committee sign-up clipboard.)

Here’s what you do. Advertise your group by its true active purpose.  In fact, I love the word “activist” as a replacement for most “committees”.

Try Out Your New Words

I know that making light of the words “meeting” and “committee” is  fun.  The need to avoid these deadening words is too obvious to any adult who has ever gone to church, joined a community group, or gone to work in a company.

However, changing the terminology for your group and its events is more than simply amusing.  Use different phrasing and you will get more volunteers eager to come to your events and to join your band of lively activists.

Try it out.  Get your most recent “Committee Meeting Announcement”.  Re-write it without once employing the banned words.  Don’t tell people about the committee meeting as if you were daring them to attend.  Invite them to join with other activists saving the world.