More on the Death of XP

My opinion posted yesterday that people running Windows XP should either upgrade or unplug from the Internet has resulted in some excellent challenges.  I’ve been told that there is a reputable article published here or there that says that if you take some precautions you can keep running XP. 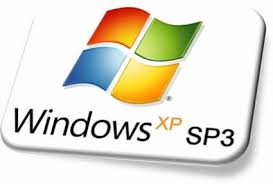 The most common rebuttal has been that the writer is running an antivirus program and they say that will protect them.  And, the idea that an anti-virus program should keep you safe is very reasonable.

There are steps you can take that a consensus of experts say will give you good protection. However, I have not run across any expert that says simply using an anti-virus program is sufficient. I don’t understand the technical details, but apparently some holes in the operating system allow evil access in places/times  that anti-virus programs cannot guard.

Unfortunately, I think that most people are not tech savvy enough to follow the recommended safety steps.  Therefore, I believe the only solutions for most people are to upgrade or unplug. 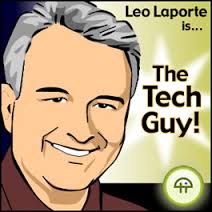 If you’re feeling stampeded into upgrading and do not want to, here is a clear description of what you should do to protect your computer from The Tech Guy, Leo Laporte .

I don’t think the recommendations are easy enough for most non-IT folk to follow. I see people having problems running their computer without Administrator privileges which is Laporte’s top safety tip. You need to follow the recommendations to operate without Admin privileges so that any evil program you stumble into does not have the authority to actually plant itself in your PC.  Of course, when YOU want to install a new program or get an update for a program, you will need to re-logon your computer using a privileged account.  While this is not a difficult procedure, I think most non-nerds will find these procedures difficult to comply with.

Many non-geeks also use Internet Explorer (IE) as their browser.  IE is reknown for security problems, and older versions of IE — like those that came with Windows XP — are the worst of the worst. Changing to the more secure Chrome or Firefox can be done by downloading the browser (click on the link in this sentence to get the browser you want), installing it, starting it up, and making it your machine’s default browser (the browsers will ask if you want them to be the default).

I think people can switch browsers, but I worry that some won’t follow all the steps and Internet Explorer will still be used on the Internet some times. And, yes most people I know will run up-to-date antivirus programs.  They also know better than to open attachments in emails or to click on links in those emails.  But, almost everyone, me included, sometimes slips up and lets antivirus subscriptons expire and clicks when they shouldn’t.

You’re going to have to be perfect when you surf with XP after April 8th.  That’s an awful lot to ask!

Even the people who say it’s safe to keep using XP with protection don’t impress me with their confidence. USA Today’s reassurance that XP can be safe starts off in an unsettling way, … their first step in assuring safe operations is to make sure you have a complete backup of all your files.  That tells me that the author is not hugely confident that the recommended steps will actually protect you!

So, as disruptive and costly as it is, my best recommendation for non-techy folks with XP systems remains for them to upgrade or unplug come April 8th.

You Have Two Weeks to Replace Your Windows XP PC

If you are running Windows XP on your computer you absolutely must upgrade it by April 8th or stay completely off the Internet.

If you use a Mac or have a PC running Windows 7 or Windows 8, you can click back to Facebook or Google yak breeding in New Zealand. This post doesn’t concern you.

For Windows XP users: This is not a drill!

Microsoft has announced that it is discontinuing support for the Windows XP operating system on April 8th.  Computers with XP will continue to run, but Microsoft won’t write any more code or offer any more fixes for that operating system.

That doesn’t sound very alarming.  Your old computer will still work.  The operating system has been around for a long time, it’s stable, and it’s unlikely that suddenly some function will break.

The problem is that the bad guys of the world are waiting for Microsoft to stop updating XP so they can unleash code on websites and in emails that will exploit security holes in the XP operating system.

Every week since XP came out in October, 2001, Microsoft has responded to discovered security problems by issuing patches through Windows Update.  Bad guys kept finding new obscure security holes to attack your system, and Microsoft has kept filling the holes.

On April 8th, those weekly security patches will stop.  But, the bad guys won’t quit searching for new flaws. And, they will find them.  In fact, most IT gurus suspect that hackers are not acting on the flaws they have discovered recently;  they are waiting until after April 8th to unleash them on the Internet where they will flourish unchallenged.

Worse, many flaws deep in the Windows code are in routines written originally for Windows XP which also have been used by the newer Windows 7 and 8.  Windows 7 and 8 will continue to be updated, and hackers are going to watch carefully for what is patched by Microsoft.  These evil coders will see if routines fixed in Windows 7 and 8 are also present in Windows XP.  In effect, the weekly updates to the recent operating systems will point out to bad guys where they should attack XP systems.

Anti-virus and anti-malware programs won’t be able to protect you against all of the attacks which are based on exploiting flaws in the operating system.

The attacks typically come from email attachments and scripts embedded on sleazy web pages you’re tricked into going to or which you’ve gotten to because you’ve mistyped the web address.  It’s hard to never typo www.ammazon.com instead of www.amazon.com! It’s easy to get fooled into clicking to open an email attachment or to visit a site that’s supposed to let you download a video but instead tries to send you a malicious program.

Once on your computer, the evil applications can monitor your keystrokes to get your bank username and password and then send off the information to the program’s authors in Russia.  Or, the program can encrypt everything on your disk and demand that you send cash to a blackmailer if you want the key to decrypt your photos, financial information, and documents. Or, … whatever!

In my opinion, you should not use a Windows XP computer on the Internet after April 8th.  It’s just too dangerous.

If you’re running XP now, you have two choices.

One is to update the computer’s operating system to Windows 7 or 8.  However, many old computers do not have the minimum resources required for these new operating systems.  And, even if they can run a newer version of Windows, they will do so very slowly.

Therefore,  I recommend that you purchase a new computer. Hardware prices are less than 1/3 of what they were in 2002, according to Microsoft (1). Plus, Microsoft is offering a $100 “instant savings” on computers you buy through them to replace an XP box.

No matter how careful you are, your XP computer will be vulnerable after April 8th.  Please, update!